Baringo County Assembly was established along with other 47 county assemblies to represent the people and ensure government by the people under the Constitution, as well as represent the 30 Wards in the County government. Hence the Assembly has a responsibility to ensure that the public participate in democratic processes by understanding the role of Parliament and their involvement in its processes.

The roles of the county assembly can be derived from Article 185 of the New Constitution of Kenya (2010) which includes;

The other roles of the county assembly can also be derived from the County Government Act, Part III Article 8 include; 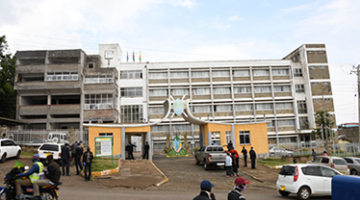 Ongoing construction at Baringo County Assembly Extension of the Speakers Gallery, refurbishment of ...